Throughout his life, Robert Baras (1930-2016) developed a painterly vocabulary of luminescent wraiths, nebulous forms, and abstracted linear systems, drawn from the elemental enigma of the natural world. The story behind Baras’ artistic accomplishments is a synonymous and vivid aspect of his creative evolution, and provides the underpinnings of his oeuvre. Baras’ parents came to the United States as Romanian-Jewish immigrants in 1925, compelled by rising anti-semitism during the interwar period. That the discrimination reached its zenith through the Iron Guard, Romania’s alliance with Nazi Germany in World War II, and its ethnic-cleansing pogroms against its own Jewish communities, shows the prescience of the Baras’ decision. The threat of such social and political destruction, along with the prospect of a more equitable, prosperous life in America, formed the backdrop to Robert Baras’ origins.

Solomon and Esther Baras settled in the Bronx, where Robert was born. The Baras’ first business was a candy store, and later, in the Inwood section of Manhattan, they opened a luncheonette. The businesses became successful through grueling seven- day work weeks and a dogged commitment to their customers. When Robert was fourteen years old, a devastating event altered the trajectory of the Baras family, causing a pivotal change in Robert’s circumstances. His elder brother, Irwin, drafted to Europe during the Second World War, was killed in Naples by retreating German soldiers, just as hostilities had ended. Irwin had been considered the more practical sibling, who it was believed would elevate the family through his future professional accomplishments. With his death, Robert, the consummate dreamer, was thrust into the role of family protector, first comforting his distraught mother through the trauma of losing her son, and later taking responsibility for the family’s economic wellbeing.

In 1943 (against the wishes of his wife), while still running the luncheonette, the elder Baras bought four knitting machines with a view to entering the textile industry, then dominated by large Southern mills. From small beginnings, the business grew into a profitable contract knitting supplier to larger textile companies. Robert was by then enrolled at City College studying liberal arts, where he met, and became friends with, musicians and artists involved in the bohemian culture of the West Village. Robert was aware of the scene and had long harbored artistic leanings, but based at the northern tip of Manhattan, and with a grieving family to look after, he remained largely on the city’s creative periphery. Soon he switched his studies from City College to night school, working alongside his father during the day in the Inwood Knitting Mill factory.

Around 1950, an important moment of lore occurred for the family, and for Baras’ future career as a painter: for about a year, he spent time wandering alone through the textile workshops, reflecting quietly, and contemplating the fabrics, the textures, and the colors, down to their very fibers and structure. Baras’ father became increasingly concerned by his son’s seeming distraction, but Robert was resolving his own philosophical approach to the business, one that would later come to influence his art.

Baras’ intuition for the textiles his family produced, for hues and patterns in general, became a great asset. He soon developed a color wheel that became highly sought after, and the materials that he produced helped the company expand through the years, first moving to larger premises on 10th Avenue and 13th Street, in the mid-fifties, and later relocating across the river to Clifton, New Jersey. By the time Baras sold the business in 1969, it had become a multi-million dollar enterprise; he gave half of the proceeds to his parents, both fulfilling his deceased brother’s legacy, and setting the scene for the next part of his journey.

Baras was finally free to pursue his artistic instincts and commit himself to painting full time, which he did for the next four decades. Baras’ maturity—he was in his late forties—is an important feature of his practice. While a late beginning is often considered detrimental to an artist, in Baras’ case it lent his work a depth, pace and confidence, as well as a detachment from trends or scenes, that honed a rare pictorial individuality. Moreover, his business success permitted him liberty from the competitive necessities most artists have to engage with. He decided against showing, or even selling his work, which preserved his deep sense of responsibility to the privacy and self-reflection that he believed were necessary for an artist.

From the early Seventies, Baras, with his wife Francine, continued to live in New York City, where he kept a studio on West 20th Street between 5th and 6th Avenues. But it was on the East End of Long Island that Baras would find artistic solace, going on to have studios in Quiogue, Quogue and Watermill during the next two decades. He embraced the creative community there, created by the many artists who defined American art in the mid-twentieth century. He and Francine became close friends and confidants of the painter Paul Waldman and his wife, Diane Waldman, Deputy Director & Senior Curator at the Guggenheim. Through the Waldmans, the Baras’ met and socialized with artists living there, including Roy and Dorothy Lichtenstein. Having studied at the Art Students League, Baras then applied to the School of Visual Arts on the encouragement of Mr. Waldman, completing his BFA with honors there in 1980.

From the mid-nineties and for the last twenty years of his life, Baras spent his time between Connecticut and the South of France, working among the landscapes and legacies of his artistic forebears, pursuing new formulations and expanding his legacy until his death, in 2016. Today his work speaks anew from the roots of its formation. His experience as the son of immigrants, and the prejudice and otherness pressed upon his family through their Jewish heritage, continues to resonate with today’s fraught and divisive legislative rhetoric.

Baras’ tumultuous family arc, his humility and patience, his long-gestating creative compulsion, and his vantage point at the heart of metropolitan discourse, provided him with a unique profile in his generation’s creative accomplishments. He is at once within, yet apart; known and unknown; his practice relative to his peers, but also distinct from theirs; his imagery recognizable, while insistingly refreshing. Robert Baras’ work offers the excitement of discoverability within the pedigree of his era’s aesthetic mien, contributing to the current artistic dialog through the cyclical nature of social and political trauma. This is the delicate balance of qualities that have earned his work its place within the firmament of American artistic invention. 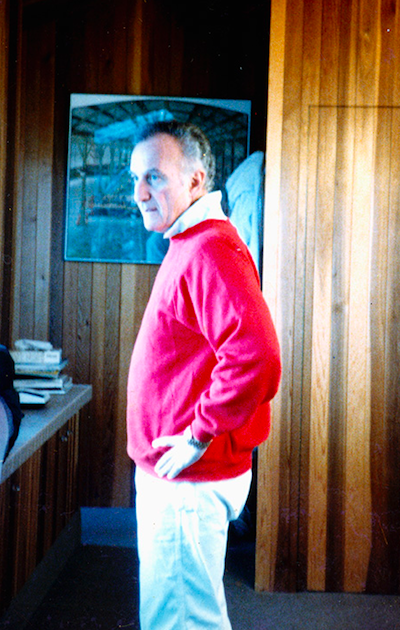